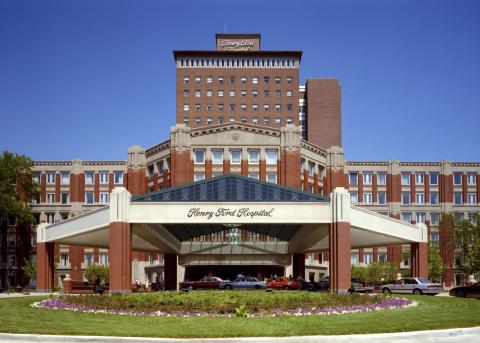 If everyone is moving forward together, then success takes care of itself.
~ Henry Ford

The unique and historic architectural design of Henry Ford Hospital, the flagship facility of the Henry Ford Health System, provides an environment for forward-thinking philosophies, which allows the Hospital to be a leader in numerous areas of medicine and research. The Hospital’s progressive approach to patient care has earned it the Joint Commission’s Certificate of Distinction for Primary Stroke Centers and the Michigan Quality Leadership Award (Michigan’s version of the Malcolm Baldrige National Quality Award). For more than 90 years, Henry Ford Hospital has been recognized as a leader in heart and vascular research. The Hospital’s state-of-the-art Bariatric Surgery Center for Weight Loss has been named a Center of Excellence by the American Bariatric Society for quality patient care, both before and after surgery.

Henry Ford Hospital’s Department of Pathology, founded in 1917, is currently ranked 12th among hospitals in the United States for its laboratory volume. It is in the areas of automation, positive specimen identification, and workflow improvement within its Histopathology laboratory system that Henry Ford Hospital is leading the way for maximizing laboratory efficiencies and throughput while greatly reducing the potential for errors. 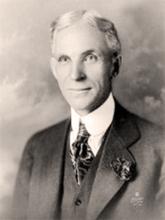 There are no big problems; there are just a lot of little problems.
~ Henry Ford

Henry Ford Hospital’s Department of Pathology is made up of 28 senior staff pathologists and clinical and research scientists, as well as 480 technical staff. The department processes nearly 6.8 million lab tests each year on specimens provided by hospitals and medical centers throughout the Henry Ford Health System.

To effectively diagnose and treat every patient, it is critical that the Hospital’s Pathology and Histology labs accurately label, diagnose and store every specimen that gets carried through their doors.

In 2006, with thousands of patients relying on quick, accurate diagnoses and the ability to accurately report each diagnosis to a specific patient, the laboratory leadership realized the demands on its laboratory system would soon outpace the lab’s ability to meet those demands. In many cases, doctors and lab technicians were spending a considerable amount of time processing specimens with an inefficient and potentially error-prone workflow system, designed primarily around handwriting and visual matching of long accession numbers and other patient information.

As J. Mark Tuthill, M.D., division head of Pathology Informatics for Henry Ford Hospital’s Department of Pathology, pointed out, “one key challenge was simply reading another person’s handwriting and not misinterpreting it. One misread cassette or slide could lead to lost time, rework, or inaccurate diagnosis due to identification errors.”

Dr. Tuthill, along with the Chairman of Pathology Dr. Richard Zarbo and the Pathology technical staff, realized they needed to redesign and recalibrate their existing lab workflow and specimen identification process to prevent such missteps. Up to that point, automation of the Histopathology laboratory specimen identification process had been unavailable or at best difficult.

As Dr. Tuthill explained, “we were using a lot of dual entry or manual labeling and relabeling. This created the potential for errors in cassette labeling. And errors tend to compound. Therefore, a key challenge has been to automate and error-proof the process of specimen identification. Handwriting labels is tedious, error-prone, and inefficient. Relying on visual matching to validate that you have the right patient can be fallible. With automation, the system should positively verify that the correct patient information matches with the correct specimen.”

Before Dr. Zarbo, Dr. Tuthill, and the Pathology staff could improve their process, they first had to re-examine all the steps involved.

How The Old Process Worked

A tissue sample arrived at the lab in a container labeled with a simple handwritten patient identification code. Accompanying the specimen was a handwritten requisition form. A lab technician accessioned the case by typing requisition form information into the lab’s Sunquest CoPathPlus™ anatomic pathology laboratory information system (commonly referred to as the LIS), then printed the case labels.

The requisition paperwork, along with the tissue sample, was passed to a second technician, who retyped the case and accession information into a standalone cassette printer, which printed accession numbers (typically comprised of a two-digit sequence identifier followed by the date, the accessioning sequence, and block number) in human-readable format only (with no barcodes) onto the cassettes.

The specimen, paperwork, and cassettes were then sent to a grossing station, where the technician visually verified that the correct specimen, cassettes, and paperwork were together. The tissue sample was then grossed and placed in the cassettes.

After grossing, the cassettes were processed, then embedded. Each cassette was then matched to a master list—printed each morning—that stated which specimens were to be processed that day and how many levels, or cuts, were to be made to each specimen. If a cassette matched an entry on the master list, that cassette was sent to the microtome stations.

At the microtome stations, the technicians visually matched the cassettes against a printed log sheet that was supplied to them at the beginning of their shift. If a match was verified, the log sheet would instruct them as to how many slides to produce, and what information to handwrite on each of the slides – typically the accession number, block number, level of slide, and other identifying information, such as the technician’s initials. If the printed log showed entries that did not match up to any cassettes, that meant one or more cassettes could have been misplaced during the laboratory process.

At the end of the shift, a technician had to enter back into the LIS the status of the log sheet – which cases were processed, which cassettes were missing, etc.

The slides were then put through the staining process – where the tissue is stained with pigment to reveal the cellular components of the tissue under the microscope. The tissue was then cover-slipped and sent to another technician, who visually matched preprinted slide identification labels to the slides, then affixed labels to the slides. Finally, the technician printed a working draft of the case up to that point. Once the slides were processed, the slides and the working draft were sent to the pathologist for review.

As the number of tests performed each year continued to increase, it became critical that the laboratory implement an error-proofing system to positively identify its cassettes and slides.

“General Data applied the same principles they used for designing barcode systems for the automotive industry to healthcare and pathology, which meant a focus on verification and work-in-process as the two key components of automation,” Dr. Tuthill said.

It was not until 2006 that the Hospital implemented its barcode-based specimen identification system. To do so, three very different partners – Henry Ford Hospital, General Data, and Sunquest Information Systems – came together to develop an integrated pathway for the Hospital’s pathologists and lab technicians to identify and label specimens with confidence.

To enable positive specimen identification at the start of the process, the lab’s accessioning stations are now equipped with General Data’s ID/Positive cassette markers that are connected to the Sunquest CoPathPlus® LIS. 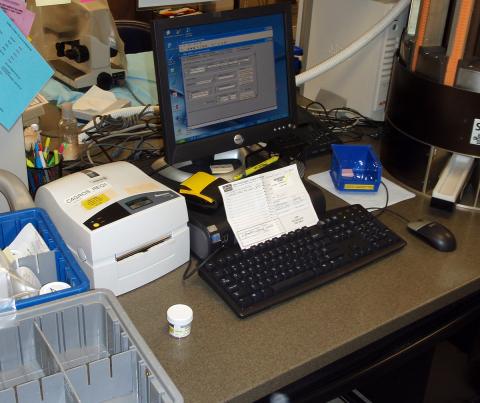 At each of these stations, one technician accessions the sample, prints all necessary barcoded container and requisition labels, and produces all needed cassettes, all in one data entry session. The cassettes are marked with the patient’s name, case number, and a 2-dimensional barcode that contains data directly from the LIS.

The tissue samples are grossed and placed into the barcoded cassettes. They are then processed and embedded.

At the microtome stations, the technicians no longer need to match the cassettes to a log sheet. The technicians simply scan the barcode on the cassette. This triggers the LIS to automatically look up the case and find the correct histology orders based on cassette information. 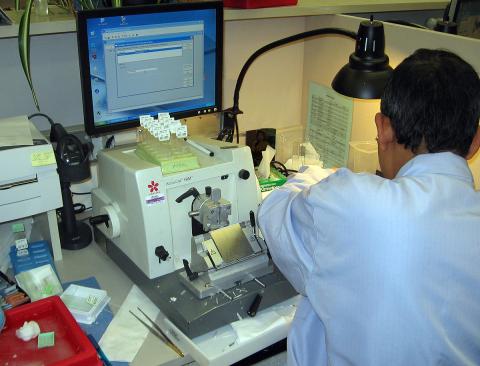 Once that is found, the LIS, knowing which stains are ordered and how many slides are needed, instructs a label printer in front of the technician to print slide identification information on General Data’s StainerShield labels. Those labels contain all the information (accession, block, cut, and level) about the case in text and include a barcode-formatted case number. The labels are affixed to the slides as the specimen is cut and placed on the slide, assuring that the right specimen goes on the correct slide, positively identified.

The slides are then stained and cover slipped. As the slides have already been labeled at the microtome stations, there is no need for a technician to match the slides to a sheet of preprinted labels and then affix those labels to the slides.

The slides are then sent to the pathologist. The pathologist can simply scan the barcode on the slide label to look up the case in the LIS to review the case and the working draft information.

And with simplicity and the absence of hand labor has come a greater safety.
~ Henry Ford

Implementation of General Data’s integrated barcode labeling and specimen identification system has reduced the number of intralab identification errors throughout the Hospital’s Pathology laboratory process by 85 percent in the slides and cassettes that were specifically targeted by the new process.

“That is invaluable, and can result in improved patient care and customer satisfaction. I rarely think the bottom line is only about improving the cost and business of healthcare, but by what we’ve done to improve the quality of care, which positively impacts patients’ lives,” says Dr. Tuthill today.

Additional benefits of the new system include:

With baby boomers now living longer, Henry Ford Hospital foresees an increase in the number of cases they will process each year. The barcode labeling system will allow the lab the flexibility to increase its capacity. This means more clarity, peace of mind, and productive futures for Henry Ford Hospital’s patients.